You are here: Home / The Bridge

Welcome to the Bridge Program, a progressive approach to combining the pursuit of focused academic and athletic goals for 8th, 9th and 10th graders. The Bridge Program consists of a full school year of studies and athletic training all held at Stop It Goaltending. Brian Daccord, the founder of Stop It Goaltending, Boston University Men’s Hockey Goaltending Coach, as well as a former NHL goalie coach and scout, is the program founder and each year selects a small group of eight male and four female dedicated goalies determined to propel their development. The results are remarkable as demonstrated in this video progress report. Interested goalies are encourage to fill out the application form below.

A Sample Schedule of the Daily Bridge Program

Student-athletes participating in the Bridge program enroll with Connections Academy, an accredited online school that gives students the flexibility to learn and prepares them to excel in school and in life with an award-winning curriculum, direct parent involvement, and caring teachers and personalized instruction. Bridge participants will complete classwork and train at Stop It Goaltending Monday through Friday throughout the school year.

Academic Supervision is provided throughout the day as part of the Bridge program. Students follow the curriculum set forth by Connections Academy. The role of the supervisor is to ensure that the days’ academic tasks are organized and completed. The Bridge academic supervisor is not a teacher nor a learning coach. Their responsibility is that the student-athletes are following their academic schedule, keeping them focused, and providing communication to the parents and coaches. The supervisor is responsible for creating an environment and culture in which the goalies can succeed in the classroom. Each day the Bridge starts with a primer. These primers are to get the student motivated for the day, teach life lessons and ethics as they apply to hockey and life in general. Students use an organizer to plan their day as well as weekend assignments and events.

Goaltending Instruction in the Bridge Program at The PAD in Woburn, MA is a team of Brian Daccord, Andrew Raycroft and Katie Burt. The Bridge is Springfield, MA is directed by Jeff Walker. The training is a comprehensive, concentrated, compounding curriculum where technique is learned and repeated perfectly before moving on to the next skill. This training is demanding more from the mental component than the physical and includes traditional and progressive save techniques plus advanced systems and strategies, puckhandling and power skating. Training includes extensive use of video and theory as this is a major component of the program. Returning Bridge Plus goalies have already completed the one year Bridge curriculum. Bridge plus training is specifically concentrated on reading the play and the release, as well as intensive work on skating and mobility. The on ice and videos sessions break down how to see a play develop, calculate the options and react with the highest probability to make the save. Brian Daccord has a remarkable record of training elite goalies. He has helped develop over 25 NHL draft picks and scores of college goalies. Brian has traditionally trained 10% of all NHL goaltenders at one point in their careers, holds a Masters Degree in Sport Science and is the author of the books Hockey Goaltending, How to be a goalie Parent and How to be a Goalie.  Goaltending Instruction in Springfield is conducted by Jeff Walker. Jeff has been a Director at Stop It Goaltending for the last five years and through SIG has worked with some of the top goalies in the world as well as elite college and junior goalies.

Combined training over an entire school year will produce remarkable gains in skill, technique, reaction speed, physical and mental growth, and self-confidence. The Bridge Program is designed for goalies to study and train intensively for one school year to prepare them to move onto a traditional brick and mortar school with an elite hockey program. Placement support will be provided ensuring goalies are in the right spot moving forward.

Brian Daccord is the President and Founder of Stop It Goaltending as well as the goalie coach of the Boston University Terriers Men’s Hockey Team. He recently served as the Special Assistant to the General Manager and Director of Goaltending Operations for the Arizona Coyotes and prior to joining the Coyotes spent five seasons with the Toronto Maple Leafs in goaltending scouting and development. He was the goaltending coach for Adler Mannheim in the DEL for six seasons, winning the German Championship in 2014-2015 under head coach Geoff Ward. He has also served on the staff of head coaches Pat Burns, Mike Keenan, and Robbie Ftorek while goaltending coach for the Boston Bruins.

A native of Montreal, Quebec, Daccord played college hockey at Merrimack College which led to a seven-year professional career in the Swiss National “A” League. Following retirement, he returned to North America and earned a Master’s Degree in Sports Management and authored the book “Hockey Goaltending” selling over 40,000 copies. Brian also released “How To Be A Goalie Parent” on August 1, 2021. His latest book, recently published, “How To Be A Goalie” in November of 2022. He began his coaching career as an assistant at his Alma Mata while establishing Stop It Goaltending, LLC, which now trains over 1,000 goalies annually and has produced over 25 NHL draft picks. He is also the founder of the Bridge Program, the Stop It Goaltending GCG Prospects Event, and co-founder of the Greatness Lab.

Former Boston Bruin goaltender and Calder Trophy winner, Andrew Raycroft, is on the ice every day at the Bridge and goes out to see each Bridge goalie play in games live twice each season. Andrew Raycroft is currently a Director at Stop It Goaltending for the Bridge Program. Andrew had an 11-year NHL career where he played for teams such as the Bruins, Maple Leafs, Avalanche, Canucks, and Stars. During his time in the NHL, he accomplished winning the Calder Trophy (Rookie of the Year) and was selected to the NHL All-Rookie Team. In Andrew’s junior hockey days, he played 3 years in the OHL while accomplishing awards such as the OHL Goaltender of the Year, Outstanding Player of the Year and lead the OHL with the highest save percentage in his last year (.924). After his playing days, Andrew began his coaching career at the University of Connecticut serving as the Goaltending Coach for three years. He is actively involved with the Bruins Alumni Association along with being a Hockey Analyst for NESN.

David Schultz is a Stop It Goaltending Director and is a former Goaltending Coach for both the men and women’s teams at St. Anselm College, the University of New Hampshire and Bentley University. David played college hockey at Worcester State and in high school led Pinkerton Academy to the State Championship semifinals.

David has been working for Stop It Goaltending training programs since 2008 and was also a student at Stop It from the age of twelve. David has worked with goalies of all levels including Cushing Academy, the Beantown Bullies, The New England Wolves and the New England Stars at the Junior hockey level. Coach Schultz has a true passion and energy for the sport of hockey and goaltending and is tremendously popular with young goalies. A strength of his is the energy he brings every time he is on the ice and his ability to connect with goalies in a way that makes it fun to learn and get better. 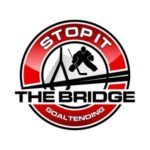 Jeff Walker is Stop It Goaltending’s Director for the Springfield, MA location. Jeff Works as the Assistant Coach for the Western New England University Men’s Hockey Team. Jeff spent the past 2 years as the Head of Research and Development for the Arizona Coyotes along with serving as a Goaltending Consultant for the Orlando Solar Bears (ECHL) in the 22-23 season.

Jeff has trained professional, college, prep school, high school, and youth goalies and currently conducts goalie lessons at MCU Training Center in Agawam, MA. Jeff has worked with the Stop It Goaltending PGD and DHNL programs as well as the GCG Men’s camps since 2013.

Dan Newton has trained extensively with goaltenders through the off-ice programs at Stop It Goaltending. Dan was a 2-time captain of indoor/outdoor track at Stonehill College where he received his Bachelor’s of Science in Healthcare and boasts a 6-year streak for holding the school record in the shot put. He has worked the past eight years inspiring his clients to achieve greatness beyond the walls of the gym. Dan is a Certified Fitness Trainer with AFAA and has extensive knowledge of strength conditioning and athletic performance.

Kelly holds a B.S. in Sports Movement Science with a focus in Exercise Physiology from Salem State University. She is also a Master Sergeant with a 22-year career in the United States Air Force where she oversees the State of Massachusetts as the Master Fitness Instructor. Kelly is also a Nationally Certified Personal Trainer with ACSM and additionally holds the following certifications: AFAA Group Exercise, Johnny G/ Mad Dog Spinning, HKC Kettlebell, TRX, Sports Nutrition, Certified First Responder and CPR/AED certified.

Kerry has vast experience in leading group fitness and her personal approach toward her clients is second to none. Kerry holds a B.S. degree from the University of New Hampshire in Health Management and Policy and is a Nationally Certified Personal Trainer with ACSM. She additionally holds the following certifications: AFAA Group Exercise & Kickboxing, Johnny G/ Mad Dog Spinning, Mat Pilates, ShockWave, TRX, Les Mills Body Combat, a Spartan Group X Coach as well as coursework with NASM Nutrition and CPR/AED certified.